The protagonists in Ryu Murakami’s collection of 15 short stories Tokyo Decadence are not your average salarymen and housewives you would probably expect from a contemporary Japanese author.

The stories, competently translated by Ralph McCarthy as it seems (I don’t speak Japanese and can judge only from the language of the translation), are taken from five story collections originally published between 1986 and 2003.

They are depicting mainly the lives of Tokyoites that live outside the “average” world of offices of big corporations. The men are film directors, novelists, university drop-outs, painters, musicians, petty drug dealers, waiters, or truck drivers, the women frequently single mothers, hostesses and call girls and they are in all their weirdness not so different from “us” average people: they are looking for love and friendship, for a way out of their unhappiness and misery, and for something that is missing in their lives – or in Japanese society in general; hence their fascination with baseball (in the first four stories, taken from Run, Takahashi!), cinema (in the three stories from Ryu’s Cinematheque), or Cuba and its music (in the four stories taken from Swans). And when they can’t find any of these things they are in a more or less conscious way longing for, there is still enough left to fill in the gaps and the emptiness: sex (lots of it!), drugs, and the joyless joys of consumerism (as in one of the strongest stories of the book, Topaz).

Tokyo Decadence could be a depressing read with all these drifters, hoodlums, prostitutes, drug addicts and women on the verge of a nervous breakdown or beyond; the fact that Ryu Murakami was hailed by some media as an author in the mould of Bret Easton Ellis or Chuck Palahniuk seemed to suggest that I was to expect a book I would most probably not really enjoy very much. But it turned out that this book was a pleasant surprise.

Ryu Murakami knows the milieu about which he is writing obviously very well; he is a TV host and a film director and also a producer of Cuban music; therefore his descriptions of the world of media or about Cuban music that are central to several stories feel absolutely authentic. As a film director and script writer he knows also how to write gripping dialogues. They are frequently very interesting because they reveal the real character of most protagonists. In several of the stories we get to know a character as narrator of the story before in the next story, told by another narrator, the main protagonist of the previous story is depicted in a very different way. Although each story is a stand-alone story, the frequent links between the individual stories of each collection give sometimes a feeling as if we are reading a novel or novella written from the standpoint of different narrators. And when I said in a recent review of a Colum McCann novel that that author obviously cannot create interesting female characters, the opposite is true of Ryu Murakami. Several of the narrators and main characters in the stories are women, and Murakami shows great empathy in describing them in all their humanity.

Another element that I must mention here and that adds to the flavour of this story collection is the humor in most of the stories. The way how the unemployed macho truck driver in It All Started Just About a Year and a Half Ago finds his true – and more than surprising – vocation as a male transvestite hostess in a gay bar; and how his daughter finds out the truth about it: it is a hilariously funny story. Or when in The Last Picture Show the young narrator who was just evicted from his home starts to collect hydrangea leaves at night with a yakuza from the neighbourhood (dried and rolled they smell like weed); the whole “drug” selling is more like a prank of two kids. At the same time Murakami is revealing the soft side of the young yakuza who starts to shed tears when he is watching the movie The Last Picture Show in a cinema with his new acquaintance. This moment seems also to be the beginning of a friendship between these two young men.

There is hope in many of the stories for the protagonists that their life will change one day. One of them really makes it to Cuba. And in the final story At the Airport when we are left guessing as readers until the last paragraph if Saito, the regular costumer of the sex worker who is telling us her story, and who fell in love with her will really turn up to bring her to a place where she can pursue the training for the profession she really wanted to learn since a long time, the narrator is watching an old couple waiting nearby: he is having a cigarette in the smoking area, while she is folding the paper wrappers of some chocolate she is eating. When the old man is coming back, his wife leaves him her seat. Getting old together is maybe the best that life has in stock for some of us, and while watching the old couple, the narrator seems to realize that this is also something she could aim at with Saito – who is turning up just in time at the last moment. A hopeful end of this story and the story collection I truly enjoyed.

Ryu Murakami – not related to Haruki Murakami – is author of forty novels, a dozen short story books, several collections of essays and picture books, and also director of five feature films. Tokyo Decadence is an excellent opportunity to discover one of the best and most prolific Japanese contemporary authors. Highly recommended! 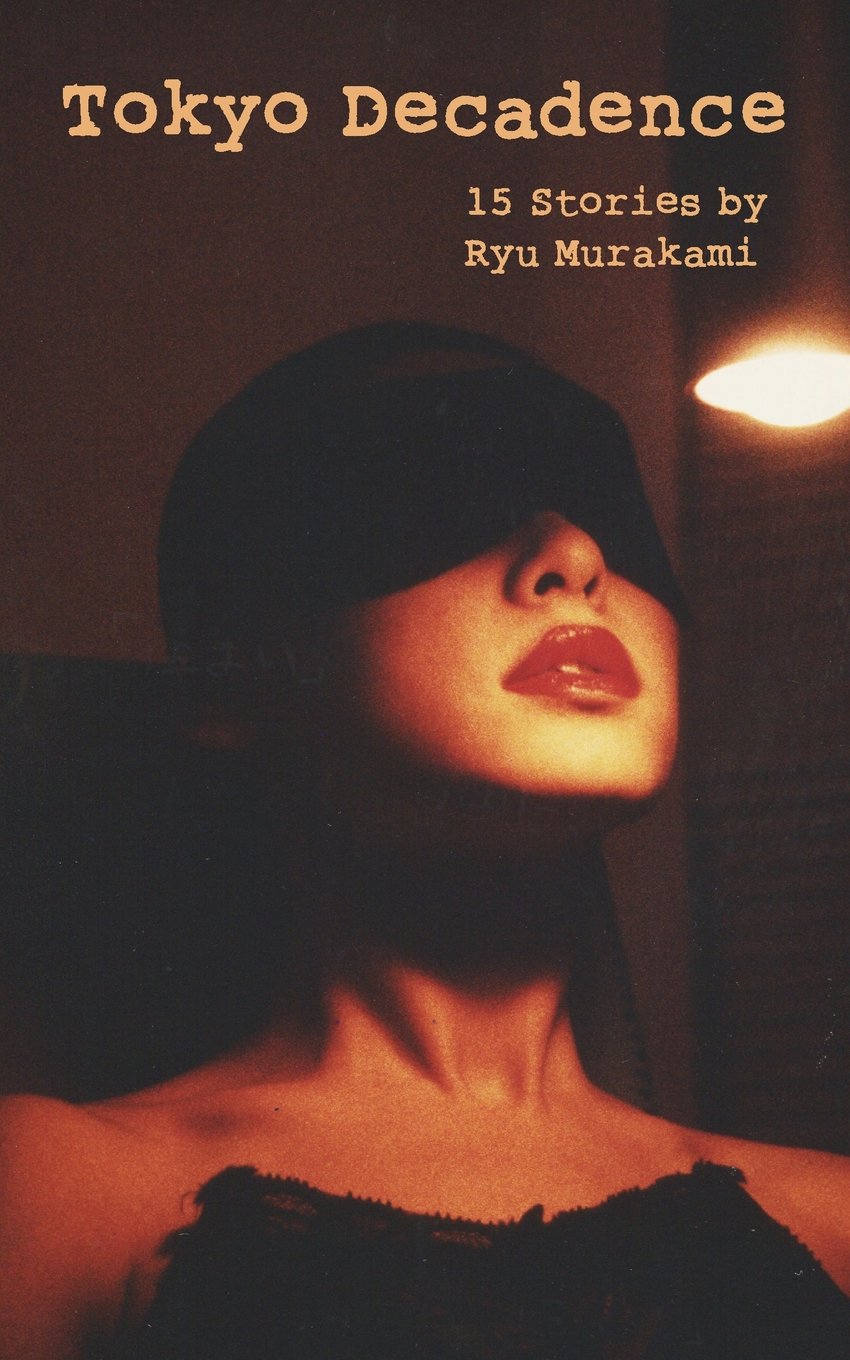 Thanks to Kurodahan Press for the Advance Review Copy.