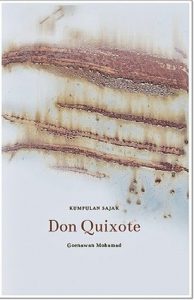 Yours truly is traveling to the Book Fair in Frankfurt. I am sure I will have blisters and excess baggage when I am coming back.

The Frankfurt Book Fair that closed just a few days ago, is the world’s biggest book fair. When I was living in Frankfurt, I used to visit this event every year – and each year I was overwhelmed by the sheer size of the fair and by the presence of publishers, authors and other less visible participants from the book industry.

One of the features of the book fair in Frankfurt I like most is that (almost) every year, a country or a linguistic region is the Guest of Honor of the event and has the opportunity to present itself in a thematic pavilion. This year, the thematic pavilion presented Finland – and not only the literature – which is beside Finnish also written in Swedish or Sami language – but the culture in general. (Next year the Guest of Honor will be Indonesia.)

Now what I find interesting is that for a week almost all – so it seems to me – important writers and intellectuals of the guest country are in this medium-sized German city, and this comes with a visibility in public that is quite remarkable. Not only that you have plenty of readings and discussions with writers (and not only from the guest country), but also in TV, print and electronic media, the presence of writers and books is immense.

Knowing well that the thematic choice of the Book Fair is also a marketing instrument to focus the interest of the public on a region that is usually not so much present in the mind of the ordinary reader, the publishing houses include in their programmes also a considerable number of translations from the respective guest of the year.

As a result of these combined efforts (of which of course the translators are a crucial part), I counted 130 new translations and editions of belletristic texts (fiction) from Finnish to German in 2013/2014. Of these, about 70% are books that have never been translated before. Additionally about 60 belletristic books from Finnish authors that write in Swedish or Sami language have been translated into German in the same period.

Just for the record: according to the Three Percent database of the University of Rochester that lists all translations from foreign languages that are available via publishers in the US, in the same period only one (1) fiction book was translated from Finnish to English!

Poor readers in the US (and in the other anglophone countries the situation is almost the same) – when you don’t read Finnish (or Swedish or German), your chances to ever have an opportunity to read a contemporary Finnish novel, story book or poetry collection are almost zero. And the same goes for many many other books even from “major” languages. (I don’t want to insinuate in any way that “small” languages, i.e. languages with a comparatively small number of native speakers produce “small”, i.e. unimportant literature – the contrary is true! I am just referring here to the negligence even of languages with more than 50 or 100 million native speakers)

Blogging really opened my eyes about the fact how very important translations of literary texts are. When they are – for whatever reason – not available, many readers are cut off from the chance to really understand what’s going on in the world and how other cultures really are.

If this blog and those of many similarly devoted bloggers makes a few people sensitive for this question or in one case or the other finds an important translated book a few new readers – or even a publisher! -, then it has achieved already quite a lot.

By the way, have you read any Finnish fiction? I will for sure later review one or the other book here as well, but I am curious to hear from my readers what they can possibly recommend.