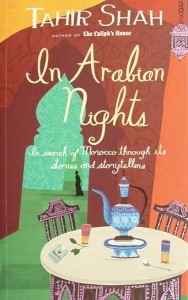 What a wonderful book!

Richard Hamilton, a BBC journalist with a weak spot for Morocco has collected some of the stories that are told until today by the traditional storytellers in Marrakech. The storyteller, once a fixture of each Arabic tea house, is unfortunately a craft that is disappearing quickly thanks to the ever-present TV or other electronic gimmicks in each coffee shop or tea house nowadays. And that is a real cultural loss. At least some more of the stories of this maybe last generation of master storytellers are preserved in this book.

Hamilton visited Morocco many times, and with the assistance of a local guide he was able to track down some of the most extraordinary masters of oral storytelling. Once he made a personal contact with them and convinced them to tell him some of their stories in order to preserve them for posterity, it was not difficult anymore. A stream of wonderfully crafted stories was recorded on tape and translated from the local dialect into English.

37 stories told by Moulay Mohamed El Jabri, Abderrahim El Makkouri, Ahmed Temiicha, Mohamed Bariz, and Mustapha Khal Layoun form the main part of The Last Storytellers, Hamilton added an insightful Introduction that gives not only detailed information regarding the making of this precious book but that gives also a short account on the role of oral storytelling in the traditional Arabic societies. Barnaby Rogerson, who wrote an excellent biography of the Prophet provides an instructive foreword.

So, if you loved the 1001 Nights and you want to know about The Red Lantern and how it changed the life of two very different brothers, or about The Girl from Fez, you will not be disappointed. I am quite sure you will enjoy this book very much and maybe you will say in the end It is good – just like the Prime Minister in the story The King and His Prime Minister. And there will be a much deeper meaning in this sentence as you may think right now. 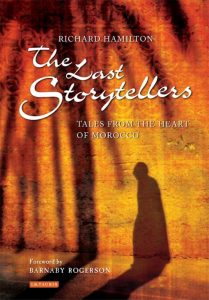