Coup de Grâce is a short novel by Marguerite Yourcenar, published a few months before the outbreak of WWII. It is the account of the tragic relationship of three people, as told by one of them in retrospect.

Erich von Lhomond, the narrator, is a German officer of the Legion Condor who was wounded in the Spanish Civil War and is recovering in Italy which gives him an opportunity to look back at events that happened briefly after WWI, events that had a lasting impact on his life.

Erich and his close childhood friend Conrad took part in the fighting in the Baltics in 1919 between the Red and the Czarist Army; the so-called White Russians were supported in this civil war by German Freikorps (in which Erich and Conrad serve as officers), paramilitary groups with strong nationalist, anti-communist, and frequently anti-Semitic convictions (many later Nazi leaders served in Freikorps units); the situation was rather complex since there were already independent states in Estonia, Latvia, and Lithuania who were caught somehow in between. The fighting in the Baltics with its atrocities, summary executions of prisoners, or massacres of people who were just suspected of being sympathetic to the other side foreshadowed in many respects what was to come about twenty years later. It is despite its great importance for the understanding of the history of this century a today almost forgotten episode.

The action of the biggest part of the book takes place in Kratovice, the castle-like family home of Conrad and his sister Sophie, whom Erich and Conrad meet again after a long time. In their youth and adolescence, the three of them formed a very close triangle, and they used to share their thoughts, dreams, and secrets. But the war and their growing-up has changed their relationship. While Erich and Conrad share a homoerotic attachment to each other, Sophie falls in love with Erich and declares her feelings very openly to him – but Erich is not responding to her feelings.

Yourcenar focuses the narrative on the development of the relationship of these three young people, who are tormented by their feelings and also the political situation. An additional complication is the fact that Sophie has sympathies for the communists, and doesn’t hide it. After being rejected by Erich, she starts a number of short affairs with other soldiers, probably in the hope to arouse Erich’s jealousy. But Erich keeps his calm at least on the outward. Only once, after another compromising short affair of Sophie, he gives her a dressing-down that destroys her last hopes in ever arousing a serious interest in her:

“All responses would have been good except the one on which I stumbled by irritation, by shyness, by aiming to hurt back. Deep within each of us there is an insolent and obtuse bounder, and it was he who replied:

– Pavement princesses do not have to take on the vice squad, dear friend.”

This moment seems to mark the turning point of Sophie’s feelings; she is soon leaving Kratovice without giving note to anyone, obviously with the intention to join the communists.

What follows is the evacuation of Kratovice and the withdrawal of Erich’s unit, skirmishes in which Conrad is mortally wounded, and a truly breathtaking last meeting of Erich and Sophie who has been taken prisoner. I prefer not to reveal more of the story here, but the title of the book gives already away a lot.

This short novel is in my opinion one of the really great works of French 20th Century literature. There are many reasons to consider this book as at least very remarkable.

One reason is the intelligent choice of the central “hero” of the book. The narrator and main character Erich is an ambiguous and therefore interesting character. With his refined and chivalrous manners and his interest in literature and art, he is not the heel-clicking stereotype of a German soldier you can see in many Hollywood movies, but probably a more typical example of the old Prussian military elite that was predominantly of French-Huguenot origin – like Erich himself.

Although being historically on the “wrong” side – as part of the military machinery that was responsible for the rise of fascism in Europe and other parts of the world – he is an intelligent man able of introspection and empathy. That is self-evident from his relations with Sophie, but also from his opinion about Grigori Loew, the man with whom Sophie was living while siding with the Reds. Loew is a Jew and convinced communist, but nevertheless Erich thinks more highly of him than of most his own brothers-in-arms:

“… he had a copy of the Book of Hours by Rilke with him, that Conrad also had loved. This Grigori had probably been the only man in this country and at that time with whom I could have conversed nicely for a quarter of an hour. It has to be recognized that this Jewish obsession to rise above his father’s thrift had produced at Grigori Loew these beautiful psychological fruits like the dedication to a cause, the taste for lyric poetry, the friendship toward a fiery young girl, and finally the somewhat overused privilege of a beautiful death.”

In retrospect, Erich realizes that the communist Russian Jew Grigori Loew was in a way his own mirror image; he also realizes that Sophie’s last wish to which he had complied, was indeed an act of revenge that would overshadow Erich’s whole future existence. His life after the catastrophic events seems to matter very little to him; he is also aware of the fact that his engagement in diverse conflicts all over the world (Manchuria, Latin America, Spain) has turned the once honourable soldier into a mercenary and adventurer (who will in all probability be soon part of the Nazi aggression in WWII).

There are many other reasons to estimate Yourcenar’s book very highly: the crisp and elegant language, the deep psychological insights in the motivation and the different psycho-sexual orientations of the characters, the dialogues and atmospheric depth of the setting in the family castle of the de Reval family – I enjoyed this gem of a book very much. It made me curious to read more by Yourcenar.

I read the book in the original French; it turned out to be a surprisingly easy read.

An interesting movie is based on the novel: Der Fangschuss (1976), by Volker Schlöndorff (cinematography: Igor Luther). 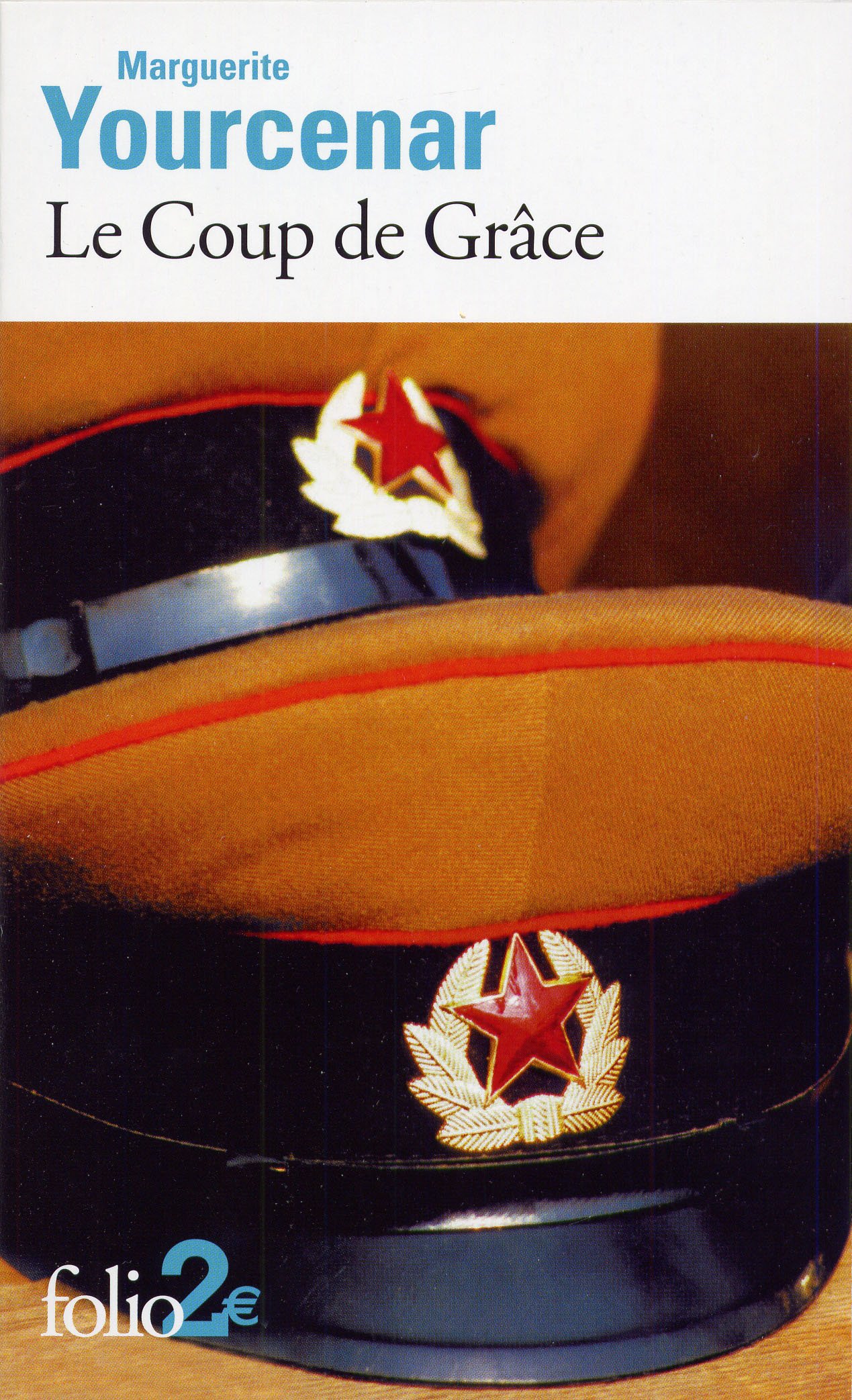 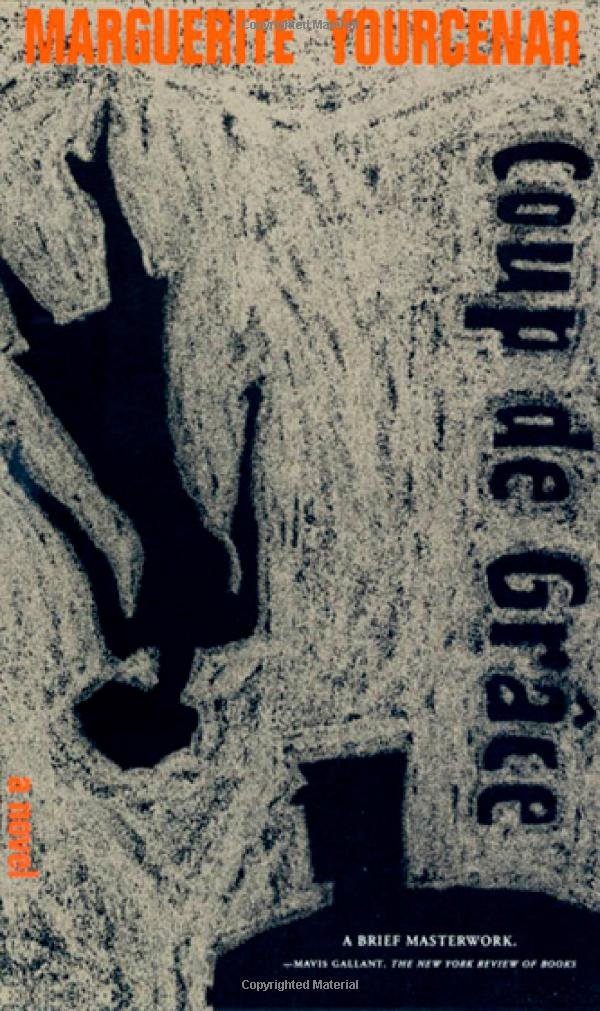