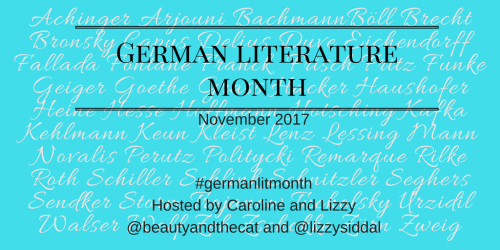 The Seventh Well by Fred Wander is a book in the tradition of the works of Primo Levi, Imre Kertesz, Elie Wiesel or Julius Fučík about the Holocaust. Although it’s a novel, it is an only slightly fictionalized account of experiences of its author as an inmate in no less than twenty Nazi concentration camps in France, Poland and Germany.

The book consists of twelve comparatively short chapters. The chapters as well as the events reported in them are not always in chronological order. The book – and this was a wise decision in my opinion – does not aim at being an exhaustive report of all the sufferings of its author/narrator; it rather focuses in each chapter on one or a small group of inmates, their characteristics, background, bits of information about their life “before” – when they were just ordinary people with all their strengths and defaults, dreams and obsessions, family life, political convictions, religious creeds, with their love of money, sex, alcohol, or literature and story-telling. And indeed, the title of the opening chapter is How to Tell a Story, and I must quote the very first sentences here:

What follows this almost Biblical entry is a portrait of the above-mentioned man, Mendel Teichmann, a middle-aged Jew who would tell every other Sunday afternoon stories to the other inmates who gathered to listen to him. These first eight pages set the tune for the whole book. The other vignettes in the book are similarly impressive.

While the SS guards and their willing local helpers are indiscriminately called “jackboots” throughout the whole book and almost none of them is identified by a name or some individual characteristics (contrary to many recent books and movies about the Holocaust that are indulgent in their portrayal of sadistic, demonic and somehow charismatic Nazis, while the victims don’t play an important role; the most extreme case that I know of is Jonathan Littell’s The Kindly Ones, a book that I find highly problematic – but I digress…), the prisoners of the camp in these approximately 150 pages gain an individual stature and profile. While many things we know about the camps – the selections, the arbitrary violence and killings, the role of the Prominenten and Kapos, prisoners who made themselves useful to the SS guards and became part of the system that kept the work in the camps going, the hasty evacuation and Todesmarsch (death march) from one KZ to the next, the slow physical and psychological decline of the inmates, the permanent exhaustion and starvation to name just a few -, there are several reasons why The Seventh Well stands out in comparison to other works.

The Holocaust was such a monstrous crime, the number of victims so huge, and the extermination was organized in such a bureaucratic, industrialized and cunning manner that there is a danger that the individual victims are easily forgotten. By remembering a few of them, the author/narrator gives them a face, a fate, a story to remember. These are not anonymous victims, these are people from different countries, Jews, Christians, Jehova’s Witnesses, Atheists; there are communists or other leftists; homosexuals and Russian POW’s; people with a working-class background and intellectuals. And they all struggle to keep their human dignity against all odds by acts of resistance: for example by forming a literature club, by singing an Italian opera aria or Spanish songs from the Civil War, by protecting a fellow prisoner who is in bad physical shape from discovery, by not committing suicide, by fighting to keep their younger brothers alive (the last chapter Joschko and his Brothers is particularly touching), or – by telling stories.

The episodic character of the chapters makes it easier for the reader not to get overwhelmed by the subject matter. While some of the chapters could be stand-alone stories, others have more the character of essays. The translation of Wander’s sparse, but beautiful prose by Michael Hofmann is excellent.

I cannot say that I “enjoyed” this book – for obvious reasons.  But I am very glad that I read it. The Seventh Well is a truly humanistic book, because it helps us to remember the humanity of at least some of those who perished and suffered in the Holocaust.

A post-scriptum: In Germany, Fred Wander is probably less well-known than his (second) wife Maxie Wander, author of the celebrated interview book Guten Morgen, du Schöne (Good Morning, Beautiful), and her posthumously published diaries. He wrote also an autobiography Das gute Leben (The Good Life), which I plan to read as well – maybe for next years’ German Literature Month, who knows? 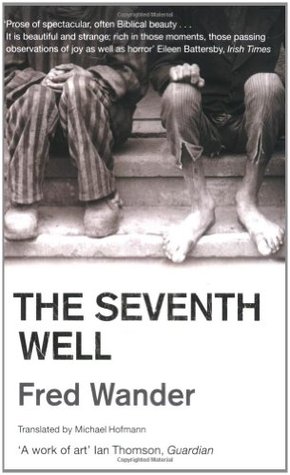