The political changes in Europe 1989/90 affected probably no other city more than Berlin. The divided city was not only re-united but became once again a magnet for writers, artists, and all kind of creative people. With them came the hipsters, this sort of people that is so difficult to categorize and for whom Berlin seems to be the place for a never-ending party.

In literary terms, Berlin is – like any other bigger city – the scenery for many novels and stories; it also seems to be a good inspirational place for autobiographical books with sketches or travel notes. Cees Nooteboom’s Berlin Notes or his Roads to Berlin are good examples, as well as Wladimir Kaminer’s Russian Disco, a bestseller with cult status in Germany (more than 1.3 million sold copies).

When João Ubaldo Ribeiro, the most famous contemporary Brazilian novelist (I am talking about literature here, not drivel – which excludes Paulo Coelho of course), came to Berlin in the early 1990s with his family, he published during his one year as a guest of DAAD (German Academic Exchange Service) and after his return to Brazil a number of newspaper columns about his life and experience in Berlin which were later collected under the title A Brazilian in Berlin.

His adventurous travel to Berlin, experiences in supermarkets or on the street (the aggressive Berlin cyclists were probably never described more up-to-the-point), examples for the mentality of the Berliners, visits of classmates of the kids at home, the very different concept of the word “tomorrow” in Brazil and Germany, the phenomenon that he met a lot of Berliners but no Germans at all, the naked people in Halensee (Freikörperkultur or short FKK is a very serious German movement, and indeed there is probably no other country with fewer legal restrictions of public nudity than Germany), or the unexplicable habit of many Berliners to go to public readings – voluntarily! – all this and a few other experiences are subject of Ubaldo Ribeiro’s causeries.

Although all his texts breathe humour and mild (self-)irony, the author has also a sensorium for the more serious effects of re-unification: since he knows the city from visits before the re-unification, he feels a certain difference in the attitude of people to visitors. Since Berlin was overwhelmed by visitors (and migrants) in the years after the changes, he feels that people are more stressed, less polite. Something seems to have changed…well, Berlin has never been a place of particular politeness, and typical Berliners are famous for their rough wit and no-bullshit attitude.

The book is a very fast read and a suitable preparation when you go to visit Berlin or plan to live there for a while. It was the first book I read by this author and it made me read his more serious works such as Sargento Getulio. The only downside of the book reviewed here: it is not translated in English. 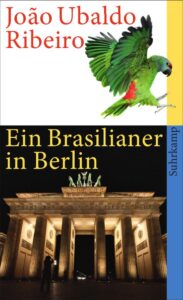 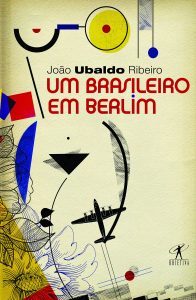