The first part of Virginia Zaharieva’s autobiographical novel Nine Rabbits consists of childhood memories of the narrator. Manda, as everyone calls her, grows up in Nesebar in socialist Bulgaria in a house at the Black Sea coast. The men in the big family are mostly or completely absent. Boris, the Grandfather, a good-natured and friendly man works most of its life abroad and comes home only during holidays for a few weeks. Even later when he gets older and is back in Bulgaria, he avoids to spend too much time at home – he doesn’t get along well with his wife, Nikula. Manda’s parents are divorced and her father lives hundreds of kilometers away in Sofia; also Manda’s mother who works far away is most of the time not at home.

The big family is governed by Grandmother Nikula with a hard hand. Not only is she beating Manda frequently, she is even able to torture her for no apparent reason with needles. Only when she is cooking or baking she seems to become a different person who is more human and less rigid – maybe that’s why Manda loves cooking so much; cooking seems to give her life (and also the novel) a structure even when things are getting otherwise messy and difficult to handle. Manda’s favorite receipes are printed in the book and additionally collected in a small booklet that comes with the novel – the dishes are comparatively easy to prepare and I suppose very delicious.

Beside her mother, who tries to protect her when she is at home, and a few childhood friends, Manda finds support and consolation at a nun’s monastery nearby. The nuns care for Manda’s (physical and psychological) wounds after Grandma has exercised again one of her cruel needle tortures; as a result Grandmother, who is an old activist of the Communist Party gets the monastery closed by the authorities and the nuns dispersed all over the country.

Politics cast a long shadow over this part of the novel – Prague 1968 is anxiously witnessed via the radio transmissions by the summer guests from Czechoslovakia; we read about Manda’s innocent friendship with a boy from the neighborhood; and finally her fate takes a turn to the better: her mother remarries and moves together with Manda to Sofia; later we learn of Grandfather’s and Grandmother’s death – they were divorced in old age.

The second part of the novel sets in decades later. Manda is now a 46-year old writer and therapist in Sofia. She has a son who is in the process to leave the house; a divorced husband (she was married for 13 years); a lover that is sixteen years younger than her; and she is in a serious crisis: writers block, panic attacks, the feeling that something has gone terribly wrong with her life.

While the first part of the novel is very much centered around the house in Nesebar where Manda spent a big part of her childhood, the second part involves changing places quite a lot.

We see Manda in Corfu; traveling with other writers through Europe by train; we see her having another panic attack in Moscow; her life in idyllic Kovachevitsa; her travel to Osaka; her yoga and other esoteric experiences with various groups that search for an alternative life style; we witness her at a performance of a writer colleague (Toma Markov) who reads her poems in a woman’s dress while Manda is serving huge amounts of tomato soup to the audience (“Don’t forget to bring your spoon!” was written on the invitation to the event); sometimes the second part of the novel gets a bit messy – just as the protagonist’s life. But, without wanting to reveal too much, it all ends well for Manda.

This is a book full of energy; the protagonist struggles to getting over the unhappy childhood of hers and the fact that the men in her life were always disappearing or withdrawing themselves; and although fate seems to repeat itself again (her lover Christos becomes more distant by accepting more jobs as an actor that keep him away from Manda over longer periods; and also her beloved son is leaving home), Manda finally seems to accept herself and reinvents herself as a strong, independent woman.

This is also a feminist book, a book that shows the failure of many men to really attach themselves to their wives and families. But it is definitely not the book of a man-hater, but of a rather compassionate person.

There are also plenty of weird, unforgettable moments in the book; a sense for the absurd; and a real wit and humor on many pages. Zaharieva has something to tell us and she has all the technical means at her command to tell her story in an interesting, intelligent, even enticing way. I enjoyed this book therefore very much and can only recommend it to everyone who loves a good novel. As Dubravka Ugrešić puts it:

“What makes this book exceptionally pleasant is Zaharieva’s vitality, her guiltless hunger for life, for every bit of it. It’s a happy book about a happy personal life.”

I read the English edition by Istros Books but compared it also with the original edition. The translation by Angela Rodel is excellent; unfortunately the English version frequently is alluding to the 1840s or 1850s, when in the original version it is referred to the Forties and Fifties (of the 20th century that is); that mistake is quite confusing especially for readers that are not very familiar with Eastern European history.

It is a real pity that all but one of the author’s Chinese calligraphies have disappeared from the English version; I also much preferred the cover of the Bulgarian version to the cover of the Istros edition; my copy contained also an additional (double) set of pages. I don’t want to sound petty, but I pay attention to such small details and it would be great if they could be changed in future editions. –

But these are very small criticisms. Istros is a great, courageous publisher with an excellent program. And English-speaking readers can be grateful that thanks to publishers like Istros, true gems like this one (and many others) are available to them. 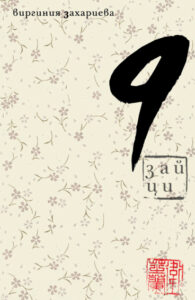 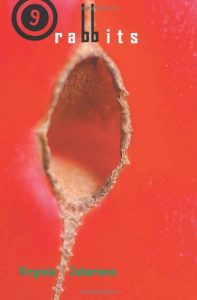