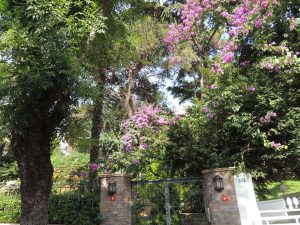 “Prinkipo is an island of peace and forgetfulness. The life of the world arrives here after great delays…It’s a good place to work with the pen, especially in autumn and winter, when the islands are almost completely deserted and the woodpeckers appear in the garden. There’s no theater here; there’s not even a cinema. Cars are forbidden. Are there many such places in the world? We have no telephone in our house. The cries of the donkeys calm the nerves. One cannot for one moment forget that Prinkipo is an island, because the sea lies under every window and there is no point on the island without a sea view. We catch fish a mere ten meters distance from the edge of the quay; at fifty meters, we catch lobster. The sea can be as calm as a lake for weeks at a time.”

Prinkipo is now called Büyükada and a popular destination for mainly Turkish weekend tourists who want to flee from the crowded city of Istanbul for a day or two. Cars are still forbidden, and the main means of transport are the bicycle or the horse carriages called peyton you can hire here for a tour around the island. But the atmosphere of peace and forgetfulness that Leon Trotsky refers to in his essay Farewell to Prinkipo, from which the above quote is taken, is still existing on Büyükada and the other smaller Princes’ Islands. (The name derives from the fact that many princes were exiled here in the time of Byzantium). Trotsky wrote his autobiography and the biggest part of his History of the Russian Revolution on the island. The house in which he lived with his wife, his son, two bodyguards and five Turkish policemen is in a quiet ruinous state, but still standing. Trotsky left the place in 1933 and moved finally to Mexico, where he was murdered by a group of NKWD henchmen (among them Pablo Neruda and the painter David Alfaro Siqueiros). 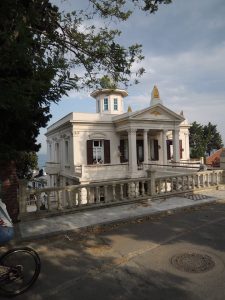 The glorious times of the Princes Islands were the second half of the 19th and the first half of the 20th century. Greek, Armenian, Jewish businessmen discovered these islands as a perfect summer retreat, established a ferry boat line and built beautiful summer houses and a few hotels. Several Greek monasteries, churches and abandoned fortresses add to the charm of these islands that offer incredible scenic views to the European and Asian coast. Istanbul seems so far away, but it is just a short journey by ferryboat.

A wonderful small book The Princes’ Islands, written by Joachim Sartorius, a German poet, translator and travel writer, can be the perfect companion when you visit these islands during your next trip to Istanbul. Sartorius, who grew up in Tunis and served as a diplomat in the US, Turkey and Cyprus before he became the director of the Goethe Institute, writes a stylistically elegant prose. He takes the reader by the hand and shares his knowledge and feelings, reports the history, explores all interesting places and evokes in the reader the atmosphere of these serene islands. He makes friends with locals who invite him to their homes or to the restaurant, he is rowing to smaller islands with friends, and – we can be thankful for that – he feels inspired by the islands. No wonder that many writers like Orhan Veli Kanik,  Sait Faik,  or Orhan Pamuk lived or live on one of the islands or had or have at least a summer house which they use(d) as a writers’ studio. 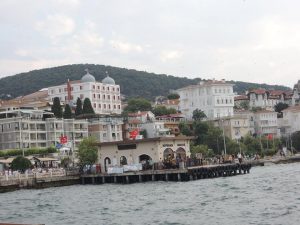 During most of the year, there are ferries leaving from Kabatas ferry terminal almost every hour. The trip takes one hour and a half, with short stops on the Asian side and three of the bigger islands before reaching the final destination Büyükada. Don’t miss these islands. You won’t regret it. 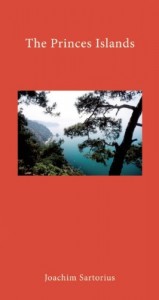