Since I started this blog, I have reviewed approximately 120 books here; I share these reviews also in Goodreads and in Facebook. But I read much more books, which means that I am by far not writing about all the books I am in fact reading.

The reasons for this are mainly the following:

Reviewing takes some time; if you want to write something more than just a few superficial remarks, something meaningful, you need to spend a comparatively big amount of time – time I sometimes don’t have, or time I prefer to invest in something to me more valuable in that moment – for example in reading, travelling, working on my actual book project, or spending quality time with people that matter to me! And imagine, I have a job too, haha.

Furthermore, a lot of the books I am reading are not really creating this urge in me to write about them. Maybe it’s just me, or maybe the book is kind of dull and boring, or it is more or less ok, but nothing special and I have already forgotten the plot after a short time, or the topic is too special to be of any interest for a wider audience. So what’s the point to bother someone with my thoughts in such cases?

A special case are awe-inspiring books, books where I feel that at this moment they are beyond my capacities as a reviewer – recent example: Dostoevsky’s Demons. I would need to write a 10,000 words text if I wanted to review it, otherwise I would have to neglect important aspects of the book as I understand it. And if I will ever be able to express my limitless admiration of and fascination with Hans Henny Jahnn’s strange behemoth of a novel River without Banks – a book that literally changed my life and my view of life in general – in an adequate way remains a big question for me. (I reviewed the first part here; the biggest part of the novel was never translated in English.)

The fourth category are the hopelessly bad, crappy, worthless books that you come across sometimes. I am not particularly inclined to write reviews about books I didn’t enjoy or that I even strongly dislike. In general, I prefer to be silent in such cases instead of wasting valuable time to indulge in negative feelings. In general, I believe that I am usually much better in positively raving about the qualities of a book than to give it the thump-down. Therefore, only about 5% of my published reviews so far are negative; if I would write a review about every single book I am reading, this percentage would be much higher, maybe more like 25-30%.

So, in which cases of this fourth category I am nevertheless making the effort to publish my negative opinion about a book? There are of course, as I see in retrospect now, a few reasons:

There are books and authors that have acquired the status of a “classic”, or at least of being extremely popular. While I have no problem with popular books and authors in general, I have experienced a couple of times the situation that I read a book that was praised as a “masterpiece”, or even as “one of the best novels of the 20th century” – and it turned out to be awfully bad from whatever standpoint you look at it. That’s what I call the “Emperor’s-New-Clothes syndrome”, and in such a blatant case as this one I feel obliged to raise my finger and voice my objection. This specific book and author get in my opinion much more attention than would be deserved if we look just at the – according to me hardly existing! – literary quality of the work; it is more a result of the successful efforts of the author during his lifetime to turn himself into a brand, than of the genuine quality of his writing that he occupies such a prominent place in literary history, and this book is praised by so many people although it is obviously no good at all (admittedly not all books by this author are as bad as the one I reviewed). The purpose of my review is to be a small contribution to a re-assessment of this specific book, and thus maybe also to a re-assessment of other, much better novels published during that period by authors who were not so good in self-marketing, but maybe better writers with some meaningful message in their works, written in a much better prose.

Another category of books are those by contemporary authors, who – supported by an aggressive marketing, a devoted group of friends in the media, and a similarly devoted crowd of “groupies” in social media – blow the horn and thus make a lot of noise around their silly, shallow, obnoxious books and turn this kind of attention into a mass phenomenon, and in extreme cases even into a movement that shares certain elements with a sect. That’s what I call the “One-million-flies-cannot-go-wrong syndrome”, and again I find myself every now and then in a position that I simply must voice my objection against such a book, and may it even be in a very succinct way, like in this case. (This review by a fellow book blogger sums it up very nicely in more detail what is wrong with this book and its author.)

Closely related to the last category are books that are lacking a basic quality a book (and its author) should have in my opinion: intellectual integrity. When the content and the message of a book is in stark contrast with the personal behaviour of its author, it is clearly a case of hypocrisy and lack of integrity. Intellectual impostors like the author of this book, should be always exposed.

Some books simply make me angry. A lot of people like this book and similar one’s by the same author – but to me it is obvious that the book is just an alibi for something else. This author makes his living by providing arousal templates for the needs of a very “special” audience. His sick anal-sadistic torture fantasies are poorly written, and as a reviewer I really hope that I prevent a few readers from exposing themselves to this revolting stuff.

Very young and inexperienced authors will be usually treated with kindness by me; most bad books I read by such authors will be never reviewed here. In exceptional cases, when for example the publisher is to blame for not editing a book by an inexperienced author at all (and thus doing him a very bad service), like in this case, I will make an exception. Not because I want to slam the poor author for his shortcomings, but because I find it unethical when some publishers don’t protect authors from seriously damaging themselves.

Another exception are cases (like this one) in which a young author who in my opinion lacks literary talent is “made” by a publisher, in co-operation with key figures of the literary scene; a system that manipulates the public, arranges that such an author gets literary awards, and plenty of media attention that will in turn help to generate additional money and influence for this person in the literary scene, damages the chances of other young authors with real literary talent (but maybe with less talent for self-promotion), and even corrupts the readers and potential young authors, because a system that systematically ignores literary merit must in the long run have negative repercussions on the literary life in general, especially when the book market in that country is very small. Also in these cases, a reviewer should speak out and make it clear when such a “hyped” book has no literary value, and is obviously more a media or lifestyle phenomenon than serious literature.

Hey, before I forget it – I know some authors personally. Some of them are nice people, others not so much. It is just like in all other spheres of life. Would the fact that I am in good or maybe not so good terms with someone influence my judgement (as imperfect as it may be) regarding the quality of their respective writing?

The answer is obvious: never!

Even a well-meaning reader can hardly consider this book as something else as an immature and narcissistic collection of clichés and of not very cleverly disguised and recycled “findings” from the works of other poets (and songwriters). I feel pity for the young author. If his aim was to make himself a name as a poet, then he was obviously ill-advised to get this rather embarrassing book published at all.

I wouldn’t have bothered to comment on this book if it wasn’t for the extreme media hype around it and its author in his home country. Another case of the “Emperor’s new clothes” in my opinion. 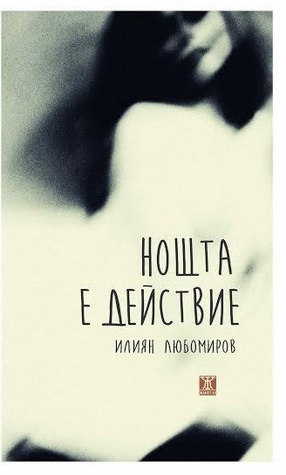