“Je suis Lahore” anyone? No? I see, the victims are “only” Pakistanis…
Sorry when I sound like a cynic, but this racism of the kindly-hearted that shows cheap solidarity only when the bomb explodes in our neighbourhood and when the victims belong to “us”, and keeps quiet when the killed, wounded and mutilated victims are for reasons of race, religion, or poverty not part of the species that deserves our sympathy or humanity, makes me want to throw up.
Same story like last year when all you could hear after the Paris bombing was a deafening silence about all the other similar terrorist attacks at almost exactly the same time in other parts of the world where the victims weren’t “our” people and therefore didn’t deserve any sign of solidarity or even to be mentioned as it seems.
I wonder what our so-called humanism is worth, when we are willing to apply it only to those who share a similar race, culture and social status with us. –
The answer is obvious. 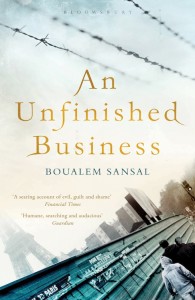